How to Use Storytelling to Be a Better Leader 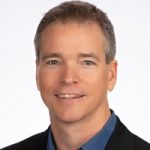 Paul Smith is one of the world’s leading experts on organizational storytelling. He’s one of Inc. Magazine’s Top 100 Leadership Speakers of 2018, a storytelling coach, and author of three Amazon #1 bestsellers. 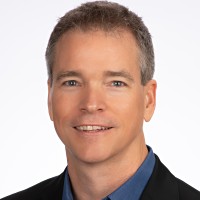 Paul Smith is one of the world’s leading experts on organizational storytelling. He’s one of Inc. Magazine’s Top 100 Leadership Speakers of 2018, a storytelling coach, and author of three Amazon #1 bestsellers: Lead with a Story (now in its 11th printing, and published in 7 languages around the world), Sell with a Story, and The 10 Stories Great Leaders Tell, and his newest book Four Days with Kenny Tedford. He’s a former executive at The Procter & Gamble Company and a consultant with Accenture prior to that.

As part of his research on the effectiveness of storytelling, Paul has personally interviewed over 300 CEOs and executives in 25 countries and documented over 3,000 individual business stories. That’s allowed him to reverse engineer what works in storytelling and what doesn’t. His work has been featured in The Wall Street Journal, Fast Company, Inc. Magazine, Time, Forbes, and Success Magazine, among others.

A 20-year veteran of P&G, Paul was most recently director of consumer and communications research for the company’s $6 billion global paper business where he led a research team across four continents. He has also held leadership positions in corporate finance, manufacturing plants, and sales working closely with major retailers around the world like Walmart, Costco, Asda, and Sam’s Club.

Paul holds a bachelor’s degree in economics, and an MBA from the Wharton School at the University of Pennsylvania. He lives with his wife and two sons in the Cincinnati suburb of Mason, Ohio.