How to Make Networking Easy and Stress-Free 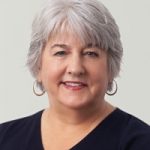 I’m a veteran connector, editor, and communicator, and have worked in and around Silicon Valley long enough to have appeared in WIRED 1.4. 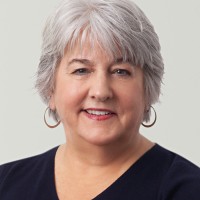 I’m a veteran connector, editor, and communicator, and have worked in and around Silicon Valley long enough to have appeared in WIRED 1.4. (Even before that, I wrote one of the very first guides to what we used to call “the World Wide Web,” and now it’s an amusing relic of a more innocent time.)

As a corporate writer, I’ve developed stories, styles and cadence for Google, Twitter, and many startups. As an early Googler (I joined when there were 500 employees; I left nine years later, when there were 50,000), I’ve been in my share of war rooms and fire drills, and have crafted scores of posts covering products and pivots, shakeups, corporate apologies and company culture. More recently I’ve advised a range of companies that want a strategy (or a reality check) on their messages and the content they produce.

Sometimes friends introduce me as someone who “knows everybody.” Of course that’s not true — but usually I do know who everyone is. That may be my secret power, along with common sense: I can see around corners, ask questions that matter, all in order to help get to next steps and real solutions for teams, companies, and individuals. In 2018 I detailed my long-time interest in connecting people in a book called Taking the Work Out of Networking: An Introvert’s Guide to Making Connections That Count (Simon & Schuster). I hope you find it useful.

My areas of interest include all types of business communications (how best to reach visitors, customers, and critics, on which channels); corporate social media (being in the conversation in ways that are welcome), change management and company culture.

I’m also a strong supporter of journalists and journalism, and currently serve on the boards of The John S. Knight Journalism Fellowships at Stanford and the News Literacy Project. One of my joys is having co-founded, with Jenny 8. Lee and help from Google and the Knight Foundation, a yearly unconference called Newsgeist, where a small group of news producers mix it up with news gatherers and developers. In a nod to my long-time status as a San Franciscan, I’m also on the board of Yerba Buena Center for the Arts.

Beyond all this, I love dogs, Spotify playlists, dark UK crime series, and pie. I’m an art collector with no wall space left. I have both slide carousels and 42GB of photos, 100GB of music and my first batch of 45s, all of which surely qualifies me as a modern elder.