How to Communicate to Get the Outcomes You Want 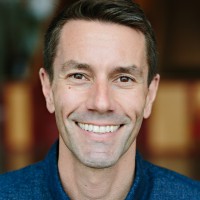 Andrew Blotky is an author and the founder and president of Azure Leadership Group, a consulting and executive coaching company focused on leadership, culture, and communications.

Andrew Blotky is an author and the founder and president of Azure Leadership Group, a consulting and executive coaching company focused on leadership, culture, and communications.

Andrew’s work focuses on helping leaders and the teams they lead in key moments build and evolve successful, inclusive, vibrant organizations, and on empowering leaders the most effective leaders they can be. His book, Honestly Speaking: How the Way We Communicate Transforms Leadership, Love, and Life, was published in 2019.

From 2013 to 2018, Andrew built and led the global employee communications team at Facebook, as the company grew from 5,000 to 30,000 employees during a time of unprecedented change and impact. There he led the company culture and internal communications across all teams and locations.

Andrew started his career in politics and public policy, as an intern in the White House Office of Presidential Speechwriting, and later as a communications leader for various elected officials in the U.S. House, U.S. Senate, and the San Francisco Mayor’s office.

Before joining Facebook, he spent several years in Washington, DC building and leading the legal policy and communications program at the Center for American Progress, where he partnered with the Obama Administration and progressive advocates nationally on building groundbreaking education and advocacy campaigns focused on the U.S. courts and judges as a political issue.

He previously was also an adjunct professor at Stanford University, where he created and taught University courses on effective advocacy in the political process.

Andrew holds a B.A. and a J.D. from Stanford University, is a member of the California State Bar and a graduate of the Modern Elder Academy. Andrew is also longtime student and teacher of Vinyasa yoga.