How to Build Your Executive Presence

Get an All Access Pass to watch this session and all the others on your schedule anytime, anywhere.

Named the Top Startup Coach in the World at the Thinkers50/Marshall Goldsmith Global Coaches Awards in London, Alisa Cohn has been coaching startup founders to grow into world-class CEOs for nearly 20 years. 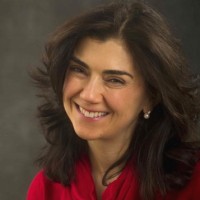 Named the Top Startup Coach in the World at the Thinkers50/Marshall Goldsmith Global Coaches Awards in London, Alisa Cohn has been coaching startup founders to grow into world-class CEOs for nearly 20 years.

A onetime startup CFO, strategy consultant, and current angel investor and advisor, she was named a top 30 “Global Guru” and has worked with startups such as Venmo, Etsy, The Wirecutter, Mack Weldon, and Tory Burch. She has also coached CEOs and C-Suite executives at enterprise clients such as Dell, Hitachi, Sony, IBM, Google, Microsoft, Bloomberg, The New York Times, and Calvin Klein.

Alisa is a sought-after speaker and has keynoted events for companies such as IBM, PwC, Dell, Standard Chartered Bank, and Citi. Inc named Alisa one of the top 100 leadership speakers.

Alisa is a guest lecturer at Harvard and Cornell Universities, Henley Business School and the Naval War College. Marshall Goldsmith selected Alisa as one of his Marshall Goldsmith 100 Coaches – a gathering of the top coaches in the world. She is the executive coach for Runway – the incubator at Cornell NYC Tech that helps post-docs commercialize their technology and build companies. She serves on the board of the Cornell Advisory Council. She has coached public and political figures including the former Supreme Court Chief Justice of Sri Lanka and the first female minister in the transitional government of Afghanistan.

Alisa’s articles have appeared in HBR, Forbes, and Inc and she has been featured as an expert on Bloomberg TV, the BBC World News and in the New York Times. A recovering CPA, she is also a Broadway investor in productions which have won two Tony Awards and is prone to burst into song at the slightest provocation.